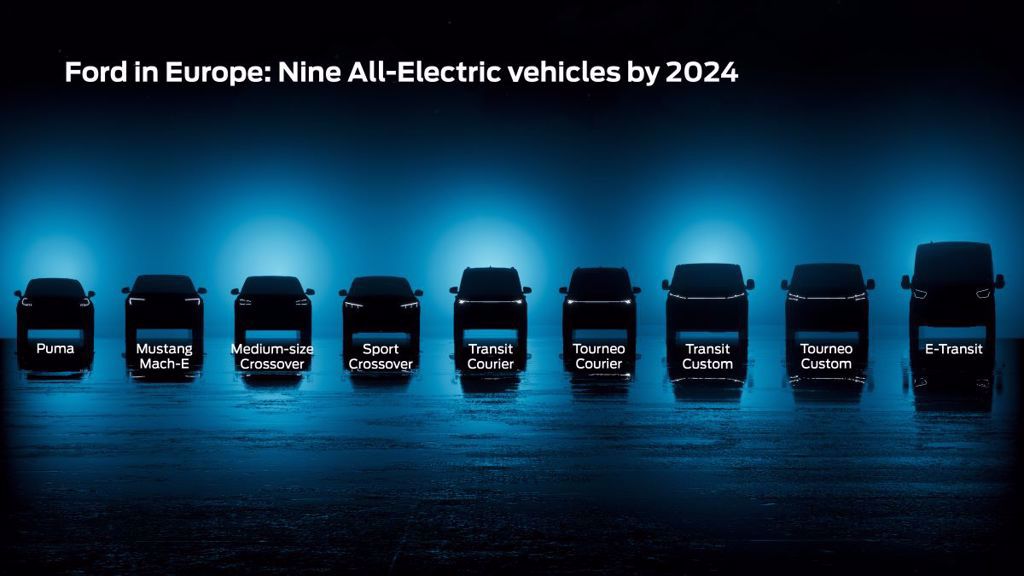 COLOGNE, Germany, May 17, 2022 – Ford of Europe together with 27 companies have joined an appeal to the European Union (EU) to ensure all new cars and vans in Europe are zero emission from 2035 and to establish mandatory targets for charging infrastructure.

The appeal insists that removing fossil fuel burning vehicles from the road is imperative for Europe reaching its goal of net zero emissions by 2050, and to help avoid the worst impacts of climate change on people and the planet. This includes enacting legislation that establishes standards and a clear timeline for the industry and suppliers to follow, to ensure the transition to electric vehicles.

“At Ford in Europe, we believe that freedom of movement goes hand-in-hand with caring for our planet and each other,” said Stuart Rowley, chair, Ford of Europe. “That’s why we are targeting all Ford vehicles to be zero emission by 2035. To successfully achieve this, EU policymakers must also establish mandatory national targets for a seamless electric charging infrastructure that lives up to the growing demand for electric vehicles.”

To coincide with this appeal, Rowley will be part of the European Car Climate Summit, hosted by the campaign group Transport and Environment on 18 May, as a member of the panel discussing the right time for businesses, workers and consumers to go fully electric.

The EU decision-makers are currently deciding on new clean car rules, following a proposal by the EU Commission – supported by the companies making the appeal – that only zero-emission new cars and vans can be sold EU-wide from 2035. The European Parliament and EU governments will decide their positions in June, with the final law expected to be adopted in autumn.

For Ford of Europe, the road towards zero-emission vehicles is being paved by a new generation of seven, all-electric, fully-connected passenger vehicles and vans, coming to Europe by 2024. Leading the charge are the Mustang Mach-E, which last year achieved maximum safety and green ratings from Euro NCAP and Green NCAP, and the E-Transit, which received the Gold Award from Euro NCAP for its advanced driver assistance systems.

Ford is committed to taking care of the environment and ensuring future generations will live in a sustainable world. In the past 12 months, Ford of Europe has introduced a range of initiatives to make a positive contribution towards a more sustainable future, outlined in the European Sustainability Digest 2022.

This digest is a companion to Ford’s global Integrated Sustainability and Financial Report and details the significant steps Ford is taking towards targeting carbon neutrality across its European footprint of facilities, logistics and suppliers by 2035. 1 Earlier this year, Ford published its first Human Rights Report. This integral part of the Sustainability Report examines how materials are sourced, where Ford products are made and how the company’s labour standards measure up.

All the electricity sourced at the company’s manufacturing sites in Europe is already 100 per cent renewable. The planned production of electric vehicles in Cologne, Germany, is now expected to be 1.2 million vehicles over six years, with a total product investment of $2 billion, helping to bring more electric vehicles to customers in Europe.

Ford’s BlueOval Charging Network has over 300,000 charge points in Europe, while for Ford employees, 1,000 charging stations will be added on the company’s European sites by 2023. The company is also proud to be part of RouteZero, a global coalition working towards 100 per cent fully electric cars and vans globally by 2040.

To improve sustainability on the supply chain, Ford of Europe recently signed on to two key initiatives which seek to establish industry standards for data-sharing between partners and the assessment of sustainability of production sites.

Along with its philanthropic arm Ford Fund, Ford has made more than $74.4 million in charitable contributions to build equity and empower underserved and underrepresented communities around the world.

1 To better understand attitudes to climate change, as well electric vehicles, Ford commissioned research of 14,000 adults across Europe in October 2021. The surveys, conducted by independent research agency OnePoll, covered respondents in the UK, Germany, Italy, Spain, France, The Netherlands, Norway, and Poland. The sample for each country was nationally representative, and the survey adhered to MRS code of standards.